Have you been looking for a good explanation about VoIP??

Well here is what you are after….an explanation of VoIP without too much techo babble and not trying to sell you anything.

There are way too many myths about VoIP, where it is going and what it can do for your business. We are passionate about you getting the right information to you. We will probably upset some other providers but you should have all the answers before you invest in a phone solution. 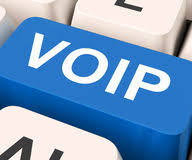 Note: this section is mainly focused on VoIP for business, although the basics of voice is the same for residential. We will update this in time.

Voice over IP works by sending your voice (telephone) call across a data network (i.e. the Internet or a private data network). Now, IP stands for Internet Protocol and is the method used for sending data such as emails and other files between PCs and/or across the Internet.

Similarly, for a voice call your speech is digitised (much like music on a CD is digitised) so it is now data, and dealt with the same way as other data (packetised, addressed and sent).

The difference with a telephone call across a data network compared to sending an email is that the voice call needs to be ‘real time’. You don’t notice if there is a one or two second delay when receiving and email…but get those delays during a VoIP telephone call and the voice data starts to break up and “it sou-nds l-i-k-e th-is!”.

IP was designed for data files…not real time voice conversations. Sometimes within a network the data packets can go missing (if they become corrupted the network devices will simply dump them) and so there are mechanisms built in to tell the sending device (i.e. PC) to resend a packet because the receiving device did not receive it.

This recovery mechanism does not work in a real time situation (i.e. a VoIP call). There is not time to stop mid-sentence (or mid-word) to wait for a missing bit of data to be re-sent.

These are the challenges that VoIP faces…and is the reason why many people have all sorts of problems with a VoIP service. VoIP can be built to work quite well, but needs to be designed and implemented correctly to ensure that it is acceptable.

What Are The Benefits Of VoIP?

By implementing VoIP a business can take advantage of a number of rather cool features, such as:

If you are thinking of moving to VoIP it is worth analysing what the drivers for this are. Below we talk about costs & savings associated with VoIP. We also look at VoIP system configurations as there are a number of ways of implementing VoIP.

What Are The Disadvantages Of VoIP?

For all the hype that is out in the market place saying that VoIP is the best thing since sliced bread, it certainly does have its disadvantages. It is worth taking these factors on board when determining whether to move to a full VoIP solution.

Disadvantages of VoIP are:

Can I Save Money With VoIP?

The short answer is ‘Yes & No’. VoIP providers will sell their wares by saying you can save up to 50% on your call costs by using VoIP, but let’s analyse that a bit closer.

If the network is being shared between voice and data then problems occurring with PCs can cause telephony problems as well (bad quality or loss of phone system). One PC having issues can bring down the entire phone system. Any reputable (and knowledgeable) VoIP supplier would put the Voice and data traffic on separate data networks.

What Is The Best Way To Implement VoIP?

There are 3 VoIP components to look at here:

VoIP lines may save some money but this needs to be analysed carefully as discussed above. There is a good chance that you will better off using digital ISDN lines (see How to choose Telephone Lines page). Another suggestion would be to use traditional lines for certain call types (i.e. calls to mobiles) and also have some VoIP lines for other call types (i.e. long distance calls). Most phone systems have the ability to automatically select a particular line based on the number call.

There are 3 types of VoIP systems marketed out there in the Telephone System world (so be aware):

A VoIP Hybrid system such as the Alcatel OXO or Avaya IP Office can perform all the functions of a VoIP system yet it can have both digital handsets and/or VoIP handsets. These phone systems can also cater for PSTN lines, ISDN lines and VoIP lines without requirring additional external devices like most pure VoIP systems need (hence, less cost and less points of failure). This is by far the best option for a business. Even if you plan to send all calls out via VoIP line, it would be wise to have some PSTN or ISDN lines as backup, as they are far more stable than VoIP lines.

VoIP handsets require data cabling even though the speed required for a voice call is a fraction of the network speed) and also require external power, whereas digital handsets are powered from the phone system and can work over data cable or speaker wire if they have to. So to move from traditional phone system to pure VoIP unit it is generally required that all cabling for the handsets is replaced with new data cable (which can be a huge expense).

It is the phone system and not the handset that performs all the advantages of VoIP as described above. On the Avaya IP Office for example, the VoIP handsets and the digital handsets look exactly the same and have the exact same functionality…

However the VoIP handset is more expensive. A good VoIP solution can be implemented without necessarily going VoIP all the way to the handset…there is no real advantage in doing this.

Do you think about the drivers motivating you before moving to VoIP.

As mentioned, VoIP can and does work if designed well. We use it ourselves, but are very cautious as to where and how we implement it, as we do not want customers to have a bad experience due to bad decisions.